“Their sustained excellence in ensemble and balance and their emotional subtlety and warmth places them among the finest chamber groups in the country.” (Lindis Taylor – Middle C) 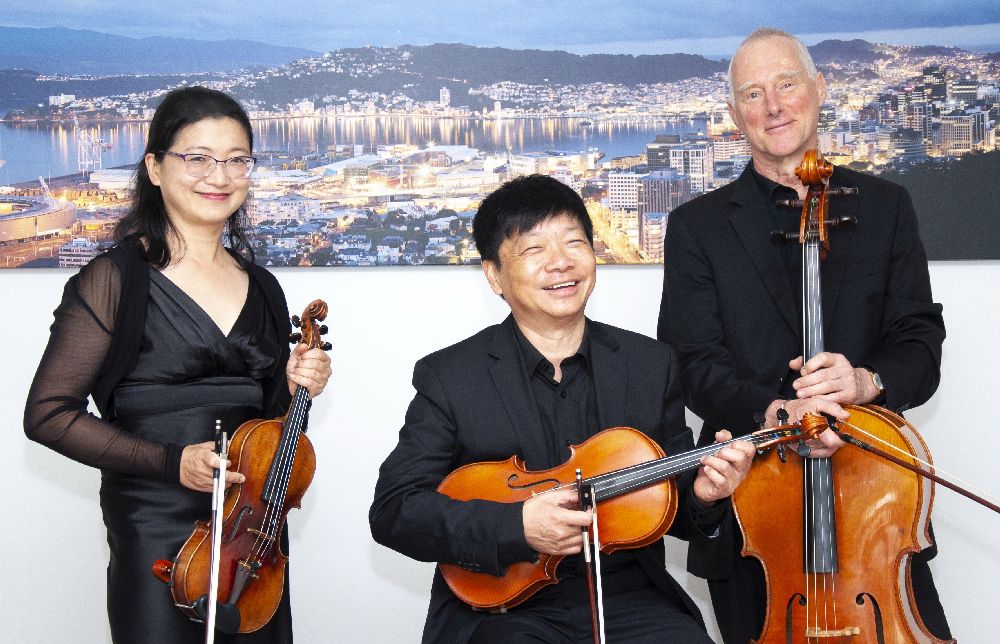 The Serenade as a musical form was originally intended for light evening entertainment, usually performed outdoors and sometimes associated with courtship. In the 18th century it developed into a short suite of light instrumental music and was adopted by many composers including Mozart, Beethoven and Schubert.

The concert opens with Schubert’s little single-movement trio, a miniature gem that is one of the most treasured works in the string trio repertoire.

Another brief composition follows, this time by acclaimed young New Zealand composer Salina Fisher. Mata-Au refers to the Clutha River and the music is descriptive of the dancing, swirling water.

‘Serenade’ by Hungarian composer Ernst Dohnányi, composed in 1902, is a five-movement work packed with musical riches and with a distinct Hungarian flavour.

The String Trio by Frenchman Jean Françaix (who once famously said “My music exists to give pleasure”) is filled with a joyous sense of fun.

Beethoven’s Opus 8 ‘Serenade’ is the most substantial work on the programme. It has a wealth of melodic inspiration and an almost orchestral palette filled with sonority and colour.